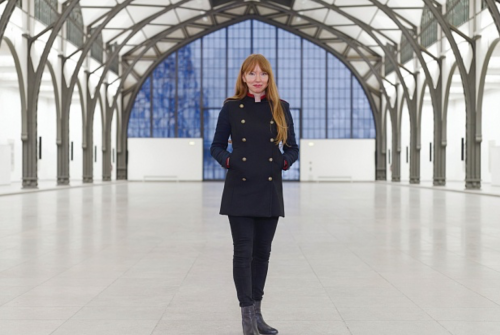 Part File Score, a sound installation by the Turner Prize-winning Scottish artist Susan Philipsz, is currently on show at the Margulies Collection in Miami’s Wynwood Art District (until 30 April 2016). First exhibited at the Hamburger Bahnhof in Berlin in 2014, the work is due to be installed in January at the Hirshhorn Museum and Sculpture Garden in Washington, DC, which has also acquired an edition.

The installation is based on film scores by the Austrian composer Hanns Eisler, a supporter of the German Communist Party who left Europe for the US in 1938. After stints in New York and Hollywood, Eisler was investigated for communism and branded “the Karl Marx of music”. In 1947, he was forced to leave the US, finally settling in East Berlin, where he wrote the national anthem for the German Democratic Republic. Philipsz’s work includes a series of 12 screen prints that incorporate the FBI’s files on Eisler.