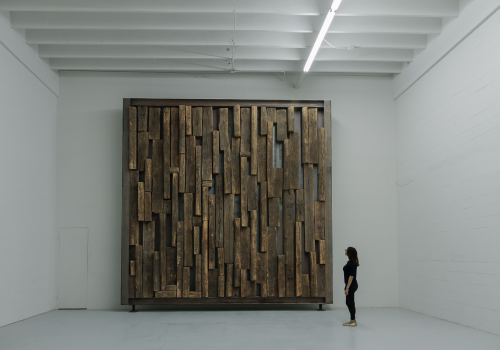 Kounellis rides into town but the horses stay in New York

Last summer, Gavin Brown’s Enterprise enthralled New York with its presentation of Jannis Kounellis’s 1969 work Untitled (12 Horses). This impressive piece of relational aesthetics involved 12 horses tethered to the gallery’s walls (as well as many attendants to look after them, to say nothing of the bales of hay).

Interest in Kounellis has hardly waned since the Greek artist emerged as a major figure in the Arte Povera movement in the late 1960s. However, his star has been rapidly on the rise since his show at Tate Modern in London in 2009. During Art Basel Miami Beach, the Margulies Collection warehouse in Wynwood, which presents a rotating display of art from the collection of Martin Margulies, is showing a presentation of work by Kounellis that is sure to be a must-visit for fairgoers.

The collector balked at bringing Untitled (12 Horses) to Miami, despite the large number of visitors it drew at Gavin Brown. “New York is used to stuff like that,” Margulies says. If he had staged the work in the warehouse, he told Kounellis’s studio, “‘I’d have a line of animal protesters all over the place!’”

View More
Back To Top